WhirlWind Sin by Kickin It

The Whirlwind Assassin is an Assassin build that utilizes the Barbarian’s Whirlwind skill, which is granted to her by the Chaos Runeword. This build is used mainly in PvP, but can be used in PvM as well. The main drawback of this build is the relatively short range of claw-class weapons, which can make effective Whirlwinding somewhat challenging. 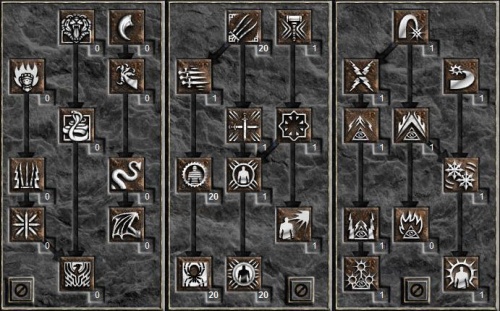 This build requires level 84, assuming you’ve completed all skill quests on all difficulties. This leaves 15 points left to spend; Blade Shield is recommended, though Weapon Block may be a candidate as well.

For PvP, you’ll want to pick up Dragon Flight to close distances, which means a prerequisite point in Dragon Talon, Dragon Claw, and Dragon Tail. This can also be helpful in PvM, but is not necessary. Your discretion on this one (these skills are not included in the above tree).