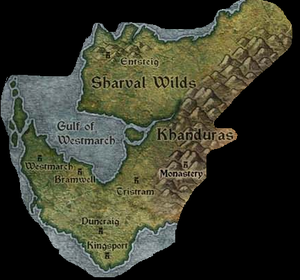 The Western Kingdoms isn't by any means any sort of united power, and as such listing the various events that has taken place in each of the individual kingdoms would be unecessary. Instead, the historic events of each of the kingdoms can be found in their respective pages;