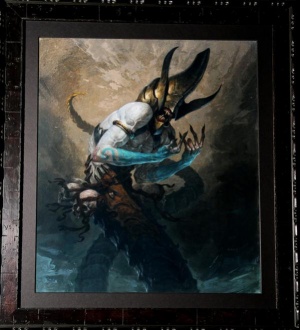 Concept art of the Tomb Viper

These monsters remain nigh invisible in the shadows until closer to the player, as seen in the Monk Gameplay trailer.