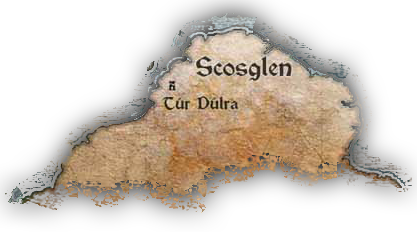 Scosglen is a geographic area located in the northeastern part of Sanctuary. It neighbors the country of Kehjistan to the south and nears the Frozen Sea in the north.[1] The land is the home of the druids. They were once barbarians under the leadership of Vasily, who left the lands around Mount Arreat.

The region itself is a dense forest, and the druids who live here do not make sprawling cities in which to live in. The few buildings that do exist are large stone towers, known as colleges, where the druids study their craft.Although the regions borders Kehjistan to the south, the heart of magic practice in the world, the mages there have always been wary of entering into the domain of the druids.[2]