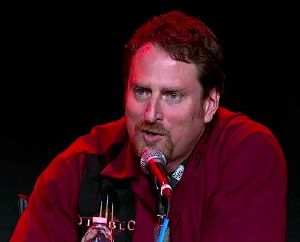 Leonard Boyarsky is the Lead World Designer of Diablo III. His career in the gaming industry began as a Freelance Artist for various PC gaming titles such as Castles and Unnatural Selection.[1] Boyarsky was then hired by Interplay in 1992 where he worked on various parts of Stonekeep, and eventually on a project that would become the original Fallout and it's successor Fallout II.[2][3][4] Along with some people he meet during his time at Interplay, Boyarsky would later co-found Troika Games in 1998. In 2005 he took time off and was later hired by Blizzard Entertainment in 2006 as part of the Diablo III team.[5]