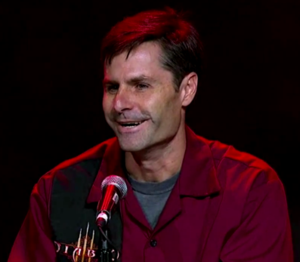 Jason Regier is Lead Programmer for Diablo III. He began his career at Bungie Software working on the Myth series in the late-nineties. Regier's work with Blizzard originally began at Blizzard North on the title Diablo II. He is also credited for laying the groundwork for the Diablo III engine.[1]

EmbedVideo received the bad id "GZcJbpnhtfU&start=622" for the service "youtube".