From Diablo Wiki
(Redirected from Items)
Jump to: navigation, search

Items are in-game objects that characters can carry in their inventory. It includes equipment, potions, crafting materials and more. As opposed to the previous games in the Diablo franchise, quest items aren't carried in the players inventory and cannot be accessed by the player.

Most items can be traded between players through the Auction House, sold to vendor NPCs, or salvaged for crafting items. 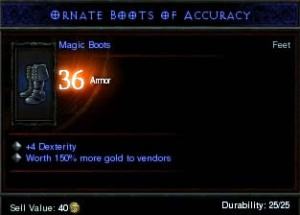 The concept of quality levels is important in the Diablo games and has existed since Diablo I. In the strict sense these refer to the six quality levels of equipment players can find:

Note that rare, legendary and set items can all be viable the most powerful depending on where in the game the player is and how rich the player. Rare items are in theory the best, provided they drop with favorable properties, while legendary and set items provide solid and consistent bonuses. Magic items of an equal level are generally weak however, and common items are always trumped by the other tiers.

Items of common, magic, rare, legendary and set quality can all be crafted by the blacksmith. 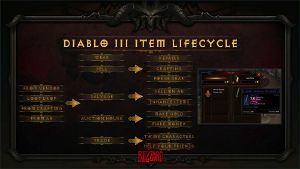 With the introduction of the Auction House, comes a new level of item recycling that had never been seen in a Diablo game. Whereas in Diablo II items more or less drifted around from player to player endlessly rotating, in Diablo III these items can be transformed into many forms.

In Diablo II the ideal life cycle of an item was as follows: Drop > Wear > Trade > Eventually Sold. That's about as far as it went in the best case scenario. This wouldn't be so terrible if gold had any true value in the game, a purpose.

In Diablo III this is the ideal life cycle of an item: Drop > Wear> Trade > Eventually Salvaged > Crafted into new item > Eventually Sold. Not only are there many more things you can do with an item, but when it is eventually sold for gold, that gold can be used to continue feeding the economy, or even better, sunk into one of the many gold sinks, removing it from the game and delaying the build up of gold in the economy. 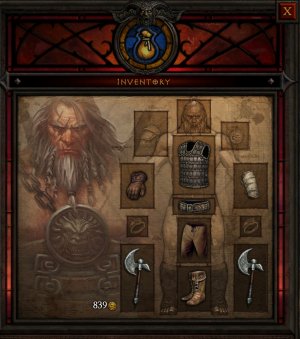 Armor is worn by all characters to increase their defensive capabilities and to increase their survivability. All classes can equip the same pieces of armor (with the exception of a few class-specific item types), and all armor types are only restricted by level and not attributes as were the case in Diablo II and before.

Weapons are very important pieces of gear in Diablo III as skill and spell damage is based on weapon damage. Because of this it is very important for all classes to continually update their gear as they progress through the game through looting and forging, as well as possibly adding gems to it.

All classes can equip all weapon types that aren't class restricted, such as the fist weapons which can only be used by Monks. But while a Wizard could in theory wield a two-handed sword, the properties found on them might not always benefit a Wizard all that much. For instance, Increased Casting Speed is less likely to appear on two-handed swords than it is on wands. 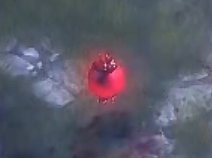 The Scroll of Town Portal was initially in the alpha, but has since been replaced with a Town Portal ability available at all times. This ability is gained upon finding Leorics crown in the Defiled Crypt under the Cemetary of the Forsaken in Act 1.