My name is Gosu and I am going to try to make this the most detailed guide on the Wiki. I have played Diablo II (D2) for 15 years and have experimented with every class. A Smiter is by far the most fun and versatile character in my opinion. This build is viable in the current patch and will be updated if upcoming patches nerfs the build.

So what is a Paladin? A Paladin is a warrior of faith and holiness. He harnesses the blessings of the gods with his inhuman strength to perish evil.

Pros:
+Super Fun/versatile
+Build can Solo Uber
+Build can PvP against MOST builds

So a lot of people tend to spread their Attributes for their early game, but thanks to rushes that you can get in the game, you skip pretty much the whole early game and reach the end game instantly. You should be aiming for a rush all the way to Hell and then doing Diablo runs until you get to lvl 80+. You should be adding enough points into Dexterity only to get Max Block (75%) and then the rest into Vitality. Without knowing what gear you have, i will not be able to tell you how many points you will add into Dexterity. 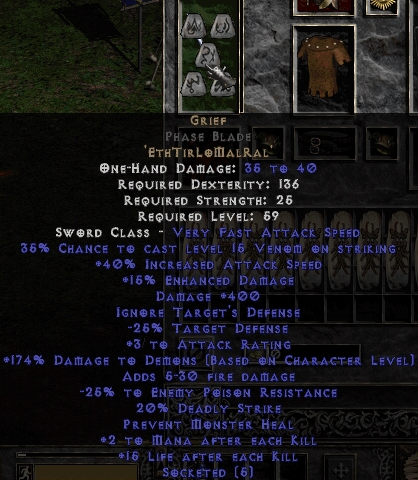 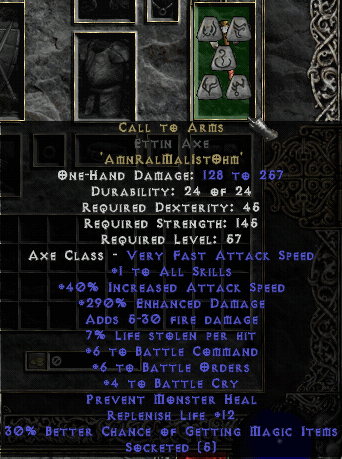 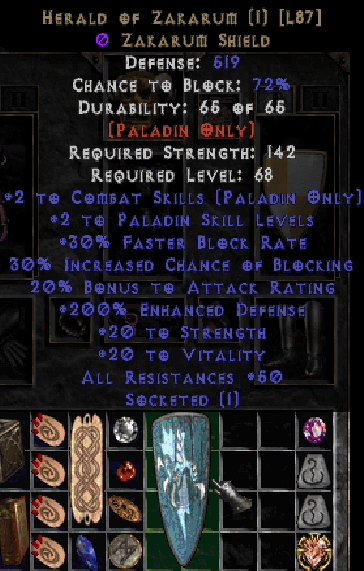 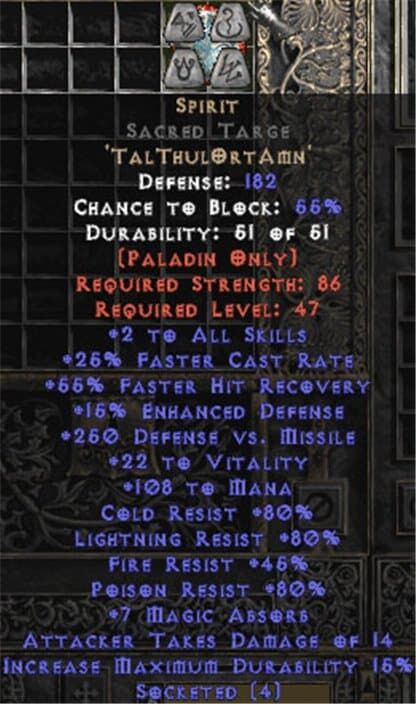 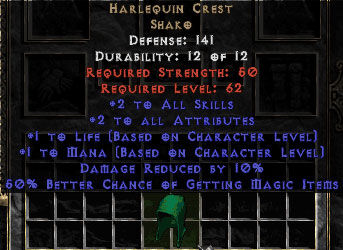 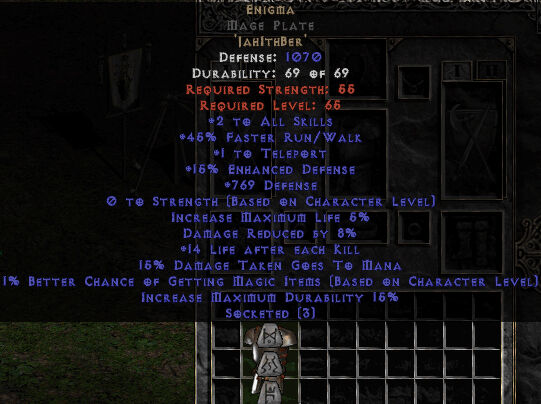 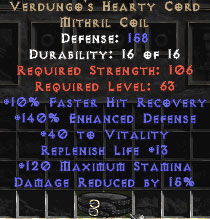 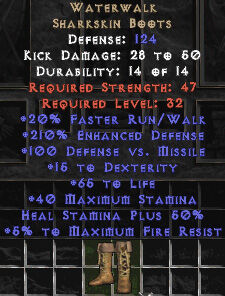 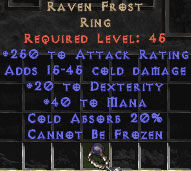 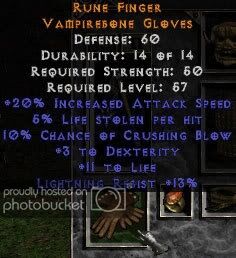 Stash:
So i will just text my preference for stash. I could include pictures but it will be too much with all the images already.

So why are these the standard of gear you may ask?

With the gear set up above, you should never have to add any STR attributes and still be able to wear every gear item. You should put in maybe 1-20 dex for Max Block. I personally did not have to due to my amulet (crafted) but those are very expensive and hard to find. Moving on, You should add a Ber rune into your Shako and HoZ to maximize your DR% (49%). Sadly, you will not be able to hit 50% due to the gear set up, but fear not as it is only a small amount of damage not being reduced.

So below i will try to be as descriptive as possible, like possible gear set ups and playstyle to counter their builds. Sections will be separated for ease of access.
Before we get started, we have to know the playstyle of a smiter. 99% of smiters will vigor + Charge around until they desync and hope to land hits fast enough to kill them. If you do not know what desync is, it just basically means you're running so fast that the server is having a hard time of keeping up which makes you appear further away on your opponent's screen. Paladin isn't the only one that uses this to their advantage, amazons do the same thing except they use a faster run/walk method.

All Sorcs (minus 200FCR FB)
Simply put, all sorcs can be more or less sorbed and charged down besides the 200 FCR FB Sorc, which will just tele and spam FB and hope it hits you. If you can time your teleport right, you can possibly teleport to them as soon as they teleport away and 1 smite them. Besides that, i would just max res + sorb your way through all elemental fights.
Equipment: Proc treachery for added res, equip Spirit, ring to match their element, put on Salvation aura and charge to victory.

Bone spirit Necro
As their spirit homes in our your movements, you should use desync to your advantage and charge them down. If you are unable to catch them due to bone prison, i would use teleport when in range and smite them to death.
Equipment: unchanged

Poison Necro
This is a very meme build, they use poison nova as their main attack method. They have a very limited range and most builds can not teleport. You should be able to desync/teleport smite them to death. They have very low health in most cases. And you will not be able to stack res against them.
Equipment: unchanged

Rabies/Maul druids
These are by far the easiest melee character to fight. They have no chance other than hope to give you rabies and kite their way to victory. Easiest way to fight them is to smite them. Their transformation is annoying which gives them another life. Charge works great in chasing them and finishing them off.
Equipment: unchanged

Martial Arts Sin
You never really see these, but they are dealt with the same way as a rabies druid.

Java/Bowazon
These are easy in most scenarios. Your block helps a lot with their guided arrow and res + sorb helps with their lightning strike. Smite is your best friend when you're close but you can also charge them to death if they do the desync run/walk.
Equipment: unchanged

Auradins
Their job is to run around and have you eat the damage from the aurs, well since the fix of aura stacking, they are not prevalent anymore. You just have to charge them down.
Equipment: Res + Sorb gear if you want but their auras should be weak regardless.

Now to the hardest match-ups.

Hammerdins
Probably the most difficult one as they mix in damage that cant be res'd/sorb'd and also the ability to desync and teleport around at pretty high speeds. Your best bet is to teleport smite them but most likely theyll teleport onto you an kill you in 2 hammers. You can also trap yourself using the enviroment so when he teleports to you, you're at his bottom right side which will take the hammers some time to reach you and you can bait him in for free smites. This is a cheese method and will not work all the time.
Equipment: unchanged

WW Barbs
This is difficult if you are quite a beginner and the barb is good. They will just continually WW away from you or in a triangle. Their reach compared to yours is slightly more making it so they can hit you but you can not hit them. Never charge a barb, you should shift + smite if they are doing triangle method or time yourself to move and smite as they are mid animation during WW.
Equipment: unchanged

Hybrid sin (WW/traps)
You should aim to be able to withstand the hits of traps without losing any damage reduction. Put on salvation aura until she teleports to you.
Equipment: Proc treachery, 2x Wisps

Smiters
As other smiters playstyle are similar in so many ways, this is literally all up to how you play. You can win just by desync and smiting. This is all about rng.
Equipment: unchanged

Chargers
Your max block is your only savior here, since the knock back chain from charging is so annoying. You'll be stuck in recovery until the chain breaks. At which point you'll need to charge at them back and create a chain for you to smite them.
Equipment: unchanged

Wind druids
Their plan of attack is to teleport on you and hope to kill you with nados while keeping them safe with their summons. It is difficult to go against them is because of their fodder summons. If you can, use blessed hammer to clear out most of the summons and name lock them with charge. You will rarely get the chance to smite them due to their kit.
Equipment: unchanged

As there is not much use for Smiters other than uber. Just equip CoH, Exile, Draculs and proc Treachery to max out res. The life tap on the gloves and shield is already enough to sustain you through ubers. If you need to, separate diablo, baal and meph to solo each without having to focus on the others. I personally can do it with all 3 of them hitting me at once.

If there is anything i can do to make this guide more in-depth or look better. Please let me know in the comments. (I will try to make the pictures a bit better, possibly utilize the ones already on the wiki to make it look cleaner).