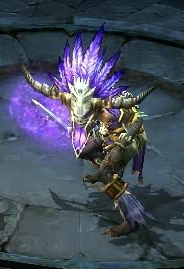 The Witch Doctor using what appears to be a magic enchanted sword.

Enchantments are a new item augmentation system announced for Diablo III. They were first announced during the WWI 2008 Gameplay Video. They are provided by the Mystic Artisan at the cost of gold. 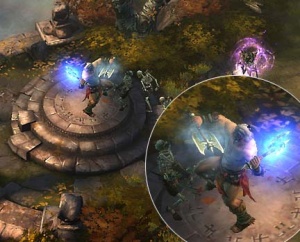