From Diablo Wiki
(Redirected from Elite)
Jump to: navigation, search

Elite Monsters is a collective term for champion, rare and unique monsters in Diablo III. These are more powerful version of regular monsters that spawn with specific traits such as Molten or Electrified.

Champion and Elite monsters spawn with one monster trait on Normal difficulty and receive one extra for each consecutive difficulty, resulting in a total of four traits in Inferno. It is unknown how this affects Unique monsters.[1] 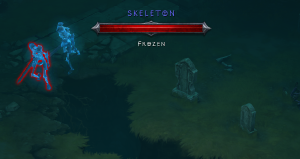 Champion Monsters are the weakest special monsters, appearing with a pack with blue names and an additional monster modifier. When they spawn they always take the form of one of the regular monsters that also appear in the area. 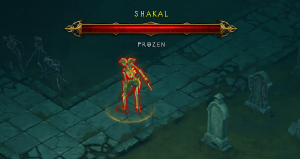 Rare Monsters are similar to Champions but instead of a pack of similar monster one primary monster with several minions spawn. The main rare will drop better loot upon death, and similar to champions will always take the form of the base monsters that appear in the area. 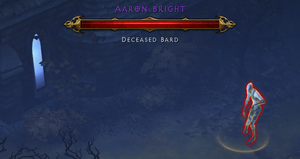 Unique Monsters are powerful monsters with purple names. Unlike rares and champions, uniques always spawn in the same place and with the same name. Most quest monsters, such as Captain Daltyn andMira Eamon, are unique monster.

A specific kind of unique are bosses, such as the Skeleton King. They have their own unique models, attacks and abilities but otherwise function similarly to other uniques.