From Diablo Wiki
(Redirected from Attract)
Jump to: navigation, search 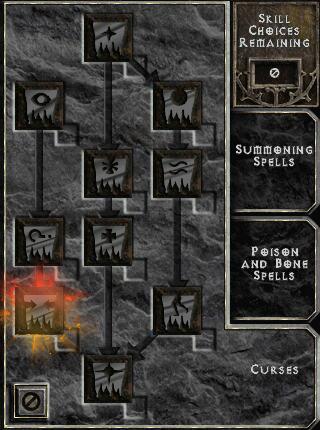 Attract works in a similar way to confuse, however instead of making monsters behave randomly, it will make them always attack the enemy. It will not however overwrite Confuse, so if Confuse has already been cast, another curse has to overwrite it before Attract can be cast.

As usual, crowd control spells do not work on other players or bosses.

This hex causes hallucinations in enemies which force them to stop whatever activity they were engaged in and aid the Necromancer in his attacks. Battling their former allies with an unnatural ferocity, this is a vastly demoralizing turn of events for the enemy. Causes other monsters to target your enemy.[1]